To commemorate the historic centennial year of the PGA of America in 2016, Scotland has gifted the organisation a one-of-a-kind tartan weave to celebrate the country’s proud links with the organisation.

The PGA of America Centennial Tartan has been exclusively created to mark 100 years since the inception of the organisation and honours the role Scottish-born professional golfers played in its formation.

The tartan was the brainchild of Matt Clark, owner of Scottish custom golf bag business Bridge Golf Scotland and was commissioned by VisitScotland and Scottish Development International, the international arm of Scotland’s economic development agencies. It was created by renowned textile manufacturers, Lochcarron of Scotland with the colours carefully chosen to represent those of the PGA of America as well as Scotland’s Saltire flag and the iconic Stars and Stripes banner of the United States.

The tartan was officially gifted to Allen Wronowski, Honorary President of the PGA of America, by VisitScotland’s Director of Events, Paul Bush, and Graeme White, SDI’s Head of Tourism, at the PGA Merchandise Show in Orlando. Part of the gift included specially-designed golf club headcovers designed and made in Scotland by stand partner Bridge Golf Scotland, and ties and scarves created by Lochcarron of Scotland. The tartan cloth will now be made available to all PGA of America members as well as offering commercial opportunities for Scottish businesses and manufacturers.

As well as being the PGA of America’s centennial year, 2016 is also the Year of Innovation, Architecture and Design in Scotland, resulting in a year-long celebration of Scotland’s achievements across these areas. Tartan has become an internationally-acclaimed fashion and style icon, and the development of the PGA of America Tartan further enhances this reputation.

Bush said: “We are honoured to be able to present the PGA of America with this specially designed tartan to commemorate its centennial year and to celebrate the proud association Scotland, the Home of Golf, has with this incredible organisation.

“As a nation, we are incredibly proud of the role we have played in the globalisation of golf, both as a game and a profession, and I am delighted that the relationships forged with the PGA of America back in 1916 continue to this day.

“Traditionally, every clan in Scotland had its own unique tartan and the new PGA of America Centennial Tartan ensures that the organisation will forever be part of Scotland’s golfing family.”

Graeme White, head of tourism at Scottish Enterprise said: "Scottish tartan is known the world over for its iconic fashion, quality and heritage. But it is also an important commercial product of Scotland. This new tartan, while welcoming the PGA of America into our global family, also offers Scottish businesses and manufacturers exciting national and international trade opportunities, which we look forward to supporting."

The inception of the PGA of America came at a time when golf was expanding rapidly in the US, not just as a past-time, but as a business; and the organisation was set up to nurture and capitalise on that growth. Now, 100 years on, the PGA of America is the world’s largest working sports organisation, comprising more than 28,000 men and women dedicated to promoting the game of golf.

The tartan was gifted to the PGA of America at the Scotland, the Home of Golf stand (Booth #3473) at the annual PGA Merchandise Show in Orlando. The show represents the biggest gathering of golf industry professionals on the planet. Scotland’s presence at the show is supported by VisitScotland and Scottish Development International and includes businesses from across the golf tourism and manufacturing industries in Scotland.


The first Fife Golf Invitational aimed at raising funds for the regional golf group will take place over the Craighead Course at Crail Golf Club on Friday 18th of March.

SIGTOA will be entering a combined team and some of the members are likely to be in with their own entries. As ever when you put SIGTOA members on a golf course together the side bets will be significant. It was once rumoured that there was as much as a pound lost on each of the front nine, back nine and the game!

The event is open to all Fife businesses involved in the tourism industry and provides a fantastic opportunity to network and have a great day out with colleagues and guests. There will be a number of prizes available on the day and a fabulous golf auction at the close of play!

You can download the full entry information on the PDF here 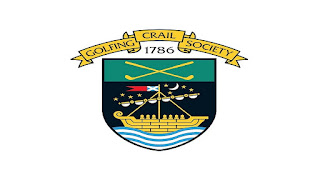 Scotland once again cemented its reputation as The Home of Golf, with a strong delegation in attendance at the world’s biggest golf industry gathering – the PGA Merchandise Show in Orlando which included members of the Scottish Incoming Golf Tour Operators' Association.

The SIGTOA members were part of a group of 15 Scottish businesses at the show, which attracted more than 1,000 golf businesses from across the globe and in excess of 40,000 delegates comprising influential PGA Professionals, media and key industry decision makers.

Scotland’s presence was once again under the world-renowned Scotland, the Home of Golf banner with a strong regional spread of businesses from across the golf tourism, manufacturing and retail sectors.

Among the one million square feet of floor space and 10 miles of aisles, Scotland stood out from the crowd thanks to key activity throughout the week. Key highlights of Scotland’s presence include the appearance of The Claret Jug and the Championship Belt to commemorate The Open returning in 2016 to Royal Troon and Ayrshire, the region known as The Birthplace of The Open thanks to Prestwick GC’s hosting of the first 12 championships. The appearance of the Claret Jug on the Scotland stand follows the announcement that The Open was worth £140m to the Scottish economy, the biggest ever return for a golf event in the UK & Ireland.

Delegates will also have the opportunity to be among the first to “play” the newly redesigned Ailsa Course at the Trump Turnberry Resort, thanks to a state-of-the-art simulator featuring the 9th, 10th and 11th holes.

A newly created PGA of America Centennial Tartan will also be on display after it was gifted to the PGA of America to mark 100 years since the inception of the organisation and honour the role Scottish-born professional golfers played in its formation.

Mike Cantlay, Chairman of VisitScotland, said: “We are delighted to once again have such a strong Scottish presence at the world’s biggest golf industry gathering. Scotland is known throughout the world as the Home of Golf and that message resonates with golfers wherever we travel.

“The 15 different stand partners reflect the diversity of golf in Scotland and the hugely important role the industry plays in the country where it all began. Coming together as one team at the PGA Show is a strong message that Scotland is committed to continuing to play on the world stage when it comes to golf tourism and retail. We know that people are always interested in hearing more about golf in Scotland and with our excellent array of stand partners and exciting activity such as the Trump Turnberry simulator and appearance of the Claret Jug, we can be confident of another successful show in Orlando.”

Adventures in Golf: A Scottish golf tour operator since 1977, with offices in the UK and the US and a wide-range of experience creating customised itineraries for thousands of clients.

Bridge Golf Scotland: Specialising in custom-made golf bags, manufactured in Scotland with a customer base spanning five continents and 23 countries.

DP&L Golf: A Scottish golf tour service that can trace its roots back to 1826 and which specialises in the East and West Coast areas of Scotland.

Eden Mill Distillery: Scotland’s first single-site distillery, based on the outskirts of St Andrews. Launching a new line of Gin, including a Golf Gin, they are sure to be a popular stand partner.

Links Golf St Andrews: For more than 30 years the company has been organising golf tours which include play on the finest courses in Scotland, England and Ireland, as well as packages to The Open and The Ryder Cup.

Perry Golf: One of the leading providers of golf tours and cruises to the world’s most memorable destinations as well as packages to The Open and The Ryder Cup.

Recounter: Featured on the Golf Channel and described by Golf Monthly as the ultimate golf trip souvenir, Recounter are the go-to golf photographers for buddy-trips and PGA Professional escorted trips, which are captured for life in luxury hand-made in Scotland table-books.

Trump Turnberry: A luxury resort famous for its two championship courses and world-renowned hotel. An extensive 18-month refurbishment programme is now underway and the resort will re-launch on June 1st, 2016, when the redesigned Open Championship golf course, the Ailsa, will be available for play for the first time.